If You Used Paraquat and Have Parkinson's, You May Qualify for Compensation.

Do you qualify for a settlement?

A Study By The National Institutes of Health Found That People Exposed to Paraquat Are Approximately 2.5 Times, or 250%, More Likely to Develop Parkinson's Disease

"The data confirm it: farmers are more prone to Parkinson’s than the general population. And pesticides could be to blame."

"People who were exposed to the weed killer paraquat or the fungicides maneb and mancozeb had a two-fold greater risk for contracting the disease." 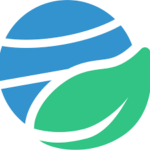 "The evidence linking paraquat to Parkinson's disease is probably the strongest of any pesticide commonly used, Dorsey Ray, a professor of neurology says"

Paraquat in the United States

Paraquat is a chemical herbicide used primarily in no-till farming, and has been directly linked to Parkinson’s disease. However, it is still legal in all 50 states. Most often used as a spray, paraquat has caused illness or death through direct ingestion as well as by accidental exposure. As more weeds become resistant to Roundup, paraquat has gained popularity in farming. In 2017, the last year for which data is available on paraquat, the use of paraquat was estimated to be almost 10 million pounds annually in the U.S.

The Following Brands Use Paraquat in Their Herbicide:

If you are in the agriculture or groundskeeping industry, you probably have come into contact with paraquat. Parkinson’s disease is a degenerative disorder of the central nervious system that primarily affects movement. There is currently no cure for Parkinson's disease. The herbicide has already been banned in many countries, including China, Brazil, and the EU. Despite this, on October 23, 2020, the EPA refused to ban it in the U.S.

Our Firm Secured A $80 Million Verdict For A Defective Medical Product. Now, Let Us Fight For You.